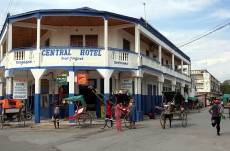 Toliara
Beaches Friday August 15th, 2014
Toliara (also known as Toliary, formerly Tuléar) is a city in Madagascar. It is the capital of the Atsimo-Andrefana region, located 936 km south-west ‘of Antananarivo. The current spelling(s) of the name was adopted in the 1970s, and reflects …
3 points 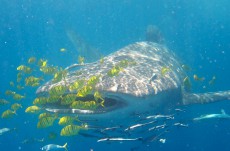 Nosy Be
Beaches Friday August 15th, 2014
Nosy Be (also Nossi-bé and Nosse Be) is an island off the northwest coast of Madagascar. Nosy Be is Madagascar’s largest and busiest tourist resort. It has an area of 312 square kilometres (120 sq mi) and its population …
5 points 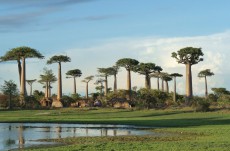 Morondava
Beaches Monday August 18th, 2014
When you say Morondava, you think about beaches, restaurants, bars, and relaxing. This small mostly laid-back town is the place to be if you want to rest after or before …
4 points 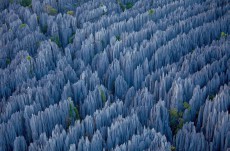 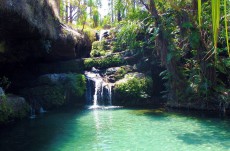 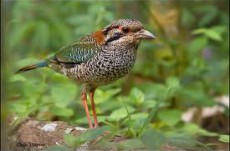 Ankarafantsika
National Parks and reserves Sunday September 25th, 2016
Ankarafantsika National Park is a national park in the Boeny Region of Madagascar. The closest city is Majunga 115 km north of the park. Ankarafantsika is mostly tropical in climate type. …
3 points 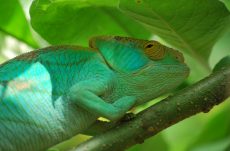 Andasibe and Mantadia National Park
National Parks and reserves Tuesday January 31st, 2017
It is the best park for the indri-indri or Babakoto in Malagasy, the largest lemur, and two of the 62 resident groups have been habituated, making them easy to see. …
4 points 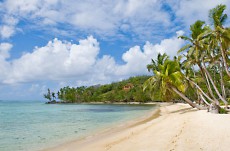 Ste Marie | Island Madagascar
- Tuesday January 31st, 2017
Ste Marie or Nosy Boraha is an Island long of 50 km and located on East coast of Madagascar. It is really know about the best place to spot the …
4 points 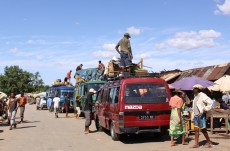 Antananarivo
City and Small towns Tuesday January 31st, 2017
Antananarivo is a charming city despite the traffic jam and crowds. Anosy Lake, independance avenue, Queens Palace, the famous craft shops of Digue. All these beautiful places can be done …
4 points

Real Madagascar
City and Small towns Sunday October 28th, 2018
Here we propose you a real Madagascar tour, it offers you the opportunities to discover all highlights of Madagascar. This itinerary is a real road trip plan for all guests …
5 points

The capital of the island nation of Madagascar, Antananarivo is also the largest city and is located in the heart of the island, 1,276 meters above sea level. The city is far from the coast of the Indian Ocean and doesn’t have any beaches. However, the rest of the attractions in the city totally make up for the anomaly, making Madagascar a must visit tourist haven wrapped in a crossover of European and African culture. Initially the seat of the Kingdom of Imerina, Antananarivo was colonized by the French in the late 19th century and has maintained its colonial heritage and architecture since 1897 and is thus one of the most popular tourist destinations in the world. Due to the high altitude location and Madagascar’s geographical location, Antananarivo enjoys a temperate oceanic weather all around the year. Its picturesque architecture, castles, historical monuments, music and culture makes it one of kind tourist location in Africa. Let us have a look at the various things one can do on his trip to Antananarivo.
1. Lemurs Park

Photo by Magnus Hagdorn, CC BY-SA 2.0
Most of the wildlife enthusiasts know that Madagascar is a home to some of the most exotic animal species and especially the endemic population of Lemurs. Spread around 12 acres, Lemur’s park combines a botanical garden and a lemur reserve and several endemic plant species in Madagascar. A majority of the lemurs in the park comprise of confiscated exotic pets, which were saved from the illegal trade of exotic animals. There are around 9 species of lemurs that inhibit the park.
2. Rova

Photo by HeryZoRakotondramana, CC BY-SA 2.0
Located in the heart of the city, Rova is a large palace complex situated at around 1,480 meters above the sea level and also served as the seat of the Kingdom of Madagascar. It is also a part of the fortified hamlet of Ambohimanga which is also a UNESCO World Heritage Site. The palace is spread around a property of around 2 acres and has several important buildings that comprise the entire palace. Manjakamiadana, Tranovola, Manampisoa, Besakana and Fiangoana are its important buildings.
3. Analakely Market
One of the most important shopping districts in Antananarivo, Analakely market is also known as the Zoma market. The market has it all, be it clothes, food items, meats, vegetables, fruits and other household items. The place is mostly crowded and is a great place to gel with the locals and get a taste of the local Madagascar cuisines.
4. Andafiararatra Palace

Photo by Alex Dunkel,CC BY-SA 3.0
The Andafiararatra Palace is located at the highest point in the city and also serves as the residence of the Prime Minister of Madagascar. The palace was originally built in the 19th century and featured a wooden structure. The palace was later replaced with concrete and stone by the British architect William Pool who was commissioned by the Queen. The palace was used as a military boot camp, art school, a court, presidential palace and finally as the prime minister’s residence. Unfortunately the palace caught a fire during 1976 and was later restored as a residence and a museum that houses several historical findings and articles that provide a deep insight into the history of Madagascar and the French Empire.
5. Lake Anosy

Photo by Francesco Veronesi, CC BY-SA 2.0
Formerly a swamp in the historical district of Antananarivo, Lake Anosy was given its current form by the 18th century artisan and missionary James Cameron. The lake is shaped like a heart and has an island in the center which is connected to the shores via a walkway strip. The lake was commissioned to be built during the reign of Radama I who ordered the swamp to be replaced by a manmade lake to complement the surrounding architecture. The island has a memorial to the French soldiers who fell during the 1st World War and also contained the summer residence of the Queen.
6. Avenue de l'Indépendance

Photo by Lemurbaby, CC BY-SA 3.0
One of the major boulevards of the historic district of Antananarivo and is mostly bustling with several roadside sellers and is one of the most popular commercial areas in the capital city. The shopping arcades on both the sides were built by the French Colonists during the 1930s and provide an essentially European look to the avenue. With several hotels, boutiques, restaurants, eateries and bars etc., Avenue de l'Indépendance, is a must visit place in Madagascar.
The above things are just a handful of the various attraction that the capital city of Madagascar houses. It is highly unlikely for a visitor to expect so much information about France on his trip to Madagascar. Nevertheless, being a former French colony, Madagascar has quit retained the colonial heritage and turned it into one of their most impressive attractions.
Author Bio:
Rohit Agarwal likes to travel and is always on a lookout for the various places that exhibit a vibrant culture and rich history. He also writes about his journeys at Transindiatravels.com which is a great place to know about the historic country of India.

Interesting Things to Do In Antananarivo by Rohit Agarwal