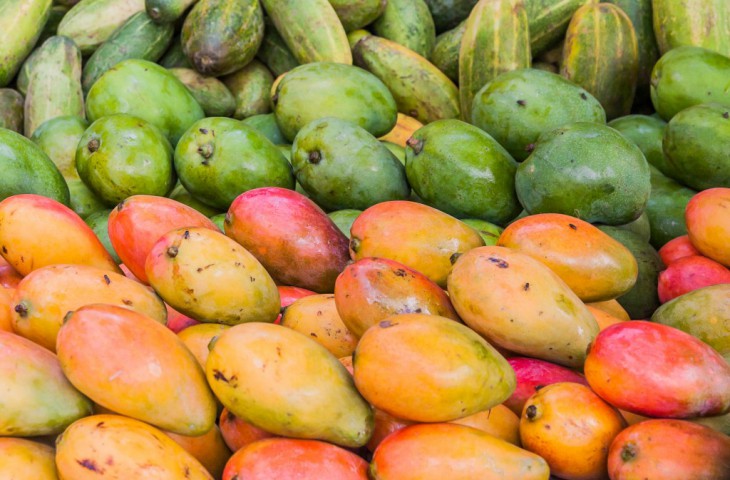 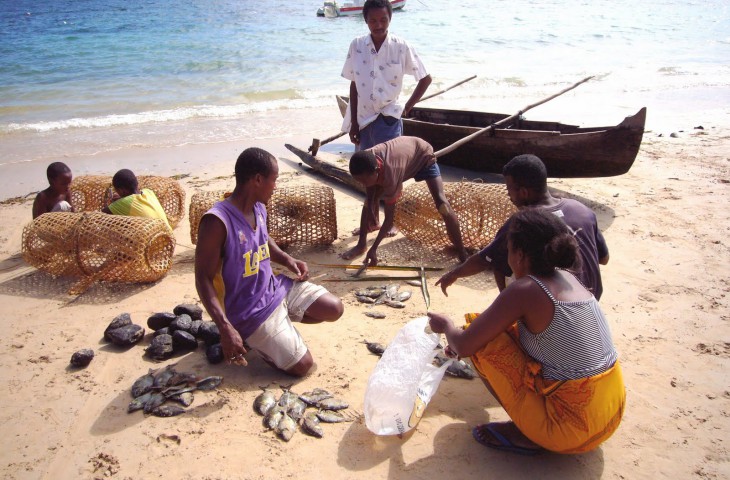 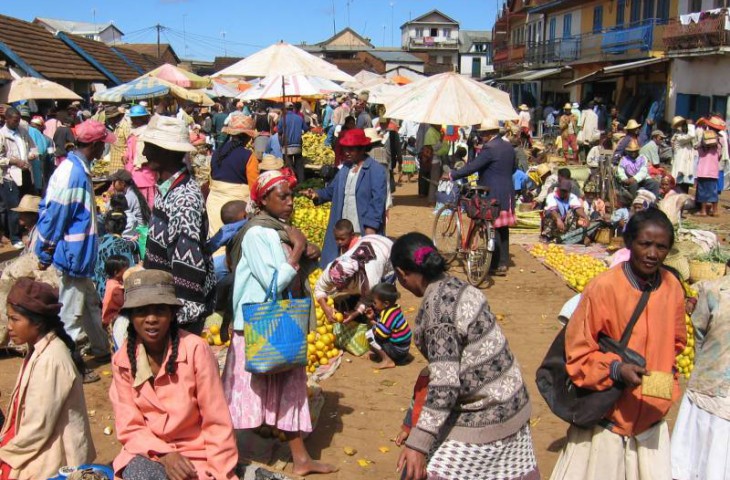 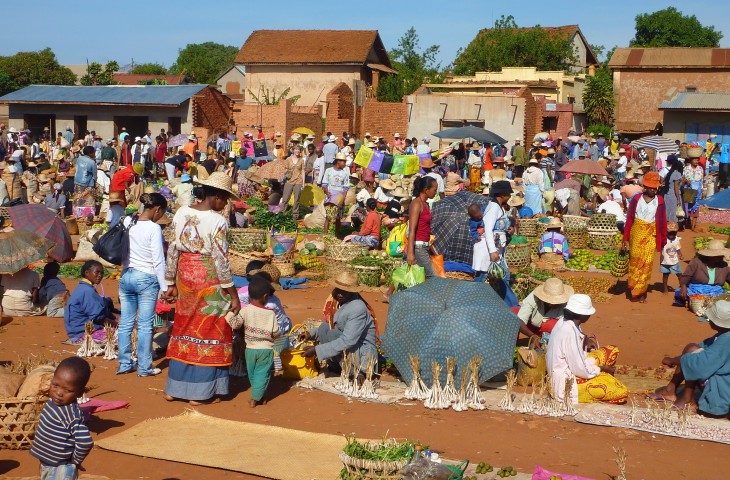 Rice is the foundation of the Malagasy diet and is almost always consumed at every meal. Generally the Malagasy people add a sauce known as Loaka to the rice which is usually tomato based, while along the coastal areas a coconut milk is added during the preparation. In places where zebu (a kind of cattle) is found, fresh or curdled milk is often incorporated into vegetable dishes. Pork, beef and fish (unless on the coast) are rare and expensive dishes and are usually only consumed on special occasions. Madagascar also has a variety of local greens such as morelle , martin greens and paracress. Sweet potato, yams, taro root, millet and maize are found in the south and the west. They are usually boiled but can be prepared in either whole milk or with crushed peanuts. Common ingredients used to flavour dishes are garlic, onions, ginger, tomatoes, mild curry and salt and along the coastal areas cloves, coconut milk and vanilla are also used. Mango is a common fruit consumed throughout the island. Fresh fruit juices are the most common form of beverages. If you drink water it is advised that you drink bought bottled water.